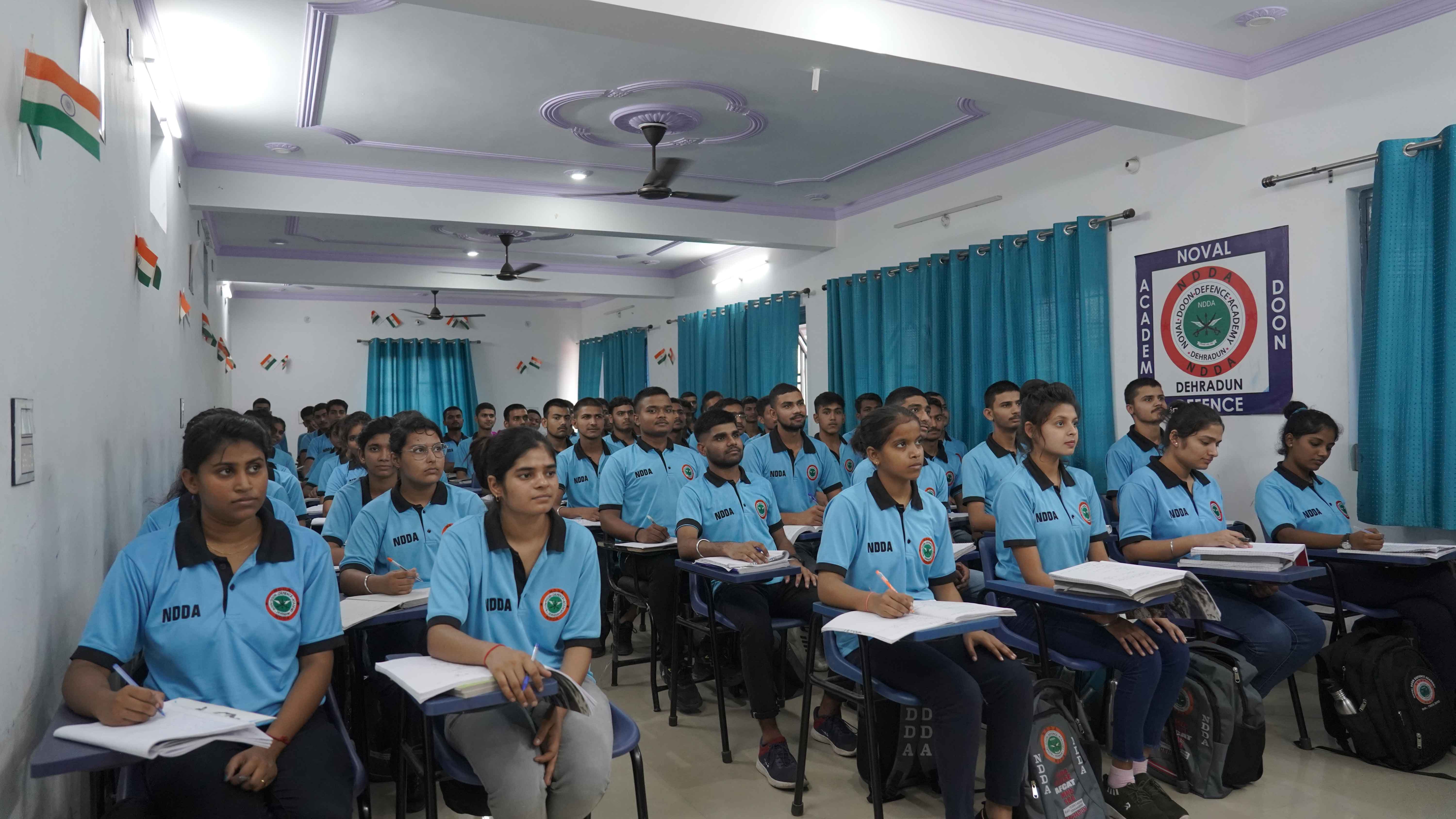 Many students have dream to be a NDA officer after class 12th so they start preparing for NDA after class 10th onwards . As we all know NDA has a common syllabus that we study in class 11th and 12th so every student who has dream of clearing NDA .They start their preparation after 10th by themselves or in a coaching institute . this whole process is known as NDA foundation Course after 10th .

What does a student need to do extraordinary with academics for NDA ?
1- Physical Fitness
2- Personality Development
3- Smart Approach for every concept
4- Short tricks for mathematics
5- Time Management
6- Communication Skills
7- Leader like Qualities

Why join Noval Doon Defence Academy for NDA foundation Course after 10th class ?
Noval Doon Defence Academy is a premier Defence Coaching Center in Dehradun, Uttarakhand. NDDA is dedicated to excellence and has earned the top rating in several exams. Noval Doon Defence academy has developed its reputation as one of the best NDA Coaching Institutes in Uttrakhand. Noval Doon Defence Academy is an elite residential Defence Preparatory Coaching , offering an integrated and comprehensive training to the officers and its students in the field of defence. This course offers best NDA foundation coaching in dehradun. You can join this course if you want to be a NDA office after 12th. Our NDA foundation course focuses on all the important aspects of NDA preparation including academics, physical fitness, strategy & tactics, and personality development to increase your chances of selection into the prestigious NDA. Our mission statement is to help students achieve their dreams by ensuring they are equipped with a strong foundation and requisite skills required to prepare them for entrance into the NDA. At Noval Doon Defence Academy, we know what it takes to get into the prestigious National Defence Academy. So, we train you so thoroughly that one fine day, you would be standing proud in the ranks of the Indian Defence Forces. We have Ex army officers who will train you for NDA and a team of well experienced teacher who will assist you in achieving good score in your Academic exams. If you want to prepare for NDA with your class 9th or 11th .you have to do it with a well planned manner because you cann't underestimate any of the exam neither academic nor NDA .Here in NDDA we will guide you with both way so that you can score best in both exam .it is the main reason one should go for NDA foundation Course .The institute provide excellent facilities and best environment with the competent faculties and experts who help the students in getting good marks.

Never miss a story from us, get weekly updates in your inbox. Get Updates