NDDA(Noval Doon Defence Academy) is the independent and the best defence coaching institute. We don't claim that we are the Government Agency. We provide complete grooming to aspirants who appear for examination for NDA, CDSE, AFCAT, ARMY-CLK/GD, NAVY-SSR/AA/MR, AIR FORCE-X & Y Group and Merchant Navy.

The Indian Air Force is the air arm of the Indian Armed Forces. Its complement of personnel and aircraft assets ranks fourth amongst the air forces of the world. Its primary mission is to secure Indian airspace and to conduct aerial warfare during armed conflict.

What is Group X & Y Exam in Indian Air Force? 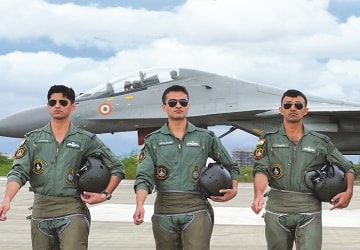