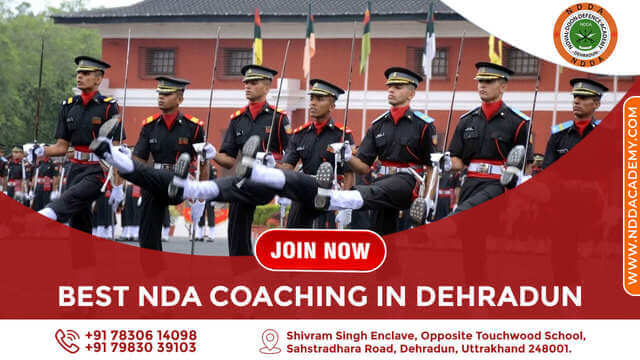 
In recent times Noval Doon Defence Academy has surfaced as one of the best NDA Coaching in Dehradun. Today, more than 200 students from Noval Doon Defence Academy are serving as officers in the Indian Defence Forces. The Noval Doon Defence Academy's special training prepares individuals to clear the coveted defence examinations. Our renowned defenceacademy believes in enhancing one capability to a level where they attain perfection towards his goal. The institute has already achieved the markup of 200 selections into upright designations as future pilots, Acting lieutenant, sub lieutenants, Airman, Rifleman, etc. The institution has already set milestones for coaching institutes. And we take pride in being called India's best training center for NDA Coaching in Dehradun.


Noval Doon Defence Academy is the Best coaching for NDA in India. NDA, or the National Defence Academy, is located at the foothills of Khadakwasla near Pune, Maharashtra, and is the first established tri-service Academy globally. To get admission in NDA, aspiring candidates have to go through written plus SSB interviews. The examination for NDA is conducted twice a year, in April and September, by Union Public Service Commission (UPSC). Recruits of all three services Army, Navy, Airforce, are catered at the same time in the Academy. The selected candidates undergo rigorous training at NDA before they are finally commissioned into service. Noval Doon Defence Academy the best defence academy in dehradun, provides tailored academic programs for overall preparation of the NDA exam. Noval Doon Defence Academy, the Best NDA Institute in Dehradun, prepares you for the NDA examination and works upon your holistic development as a future defense officer. Besides providing quality education to the aspirants, we also offer physical training and weekly medical checks to all our candidates that assure the candidate about his physical preparedness for NDA. Our defence academy in Dehradun has the best success rate so far, and we aim to keep increasing it day by day. We also provide an NDA foundation course that helps the candidate to start preparing for his dream from a very tender age. Being one of the top NDA institutes in Dehradun, we aim to provide every possible facility to our candidates, from well-furnished hostels to healthy hygienic food that gives candidates a home-like feeling. Not limited to this, we know that an aspirant josh must always be high throughout his preparations; hence we keep organizing sports events, Guest lectures from retired/serving defense personals and many such activities that support the spark burning inside the candidate. Coming to our faculties, we have the best of Dehradun teachers who are well experienced in their fields; they keep an eye on every student's progress and cater to each candidate as per his learning speed. Now, if you think of cracking the NDA exam, look for the best NDA Institute in Dehradun, Noval Doon Defence Academy. Your perfect guide for NDA preparations.

ONE OF DEHRADUN'S BEST NDA COACHES 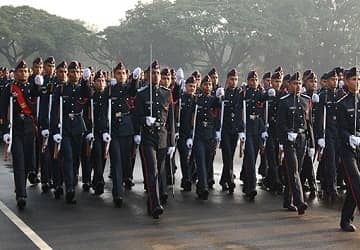 As per the nationality standards set by UPSC for NDA, Candidates must have:

The test has two sections- Mathematics (300 marks) and General Knowledge (600). The time duration for each paper is 2 hours and 30 minutes.